So, the other day President Trump issued an executive order on immigration from “Countries of Particular Concern”.

This order, which some 1, 2 call a “Muslim Ban”. Meanwhile, others say that is isn’t.

So, let’s figure out what’s going on. At first there has been debate on weather or not it is a ban or not.

Interesting that certain Middle-Eastern countries agree with the ban. They know if certain people are allowed in it's death & destruction!

I think it is clear that we are dealing with a ban. Now, is it a Muslim ban? No. If it were, then why was Saudi Arabia, Egypt, Jordan, Kuwait, Oman, Turkey, Qatar, and the UAE? 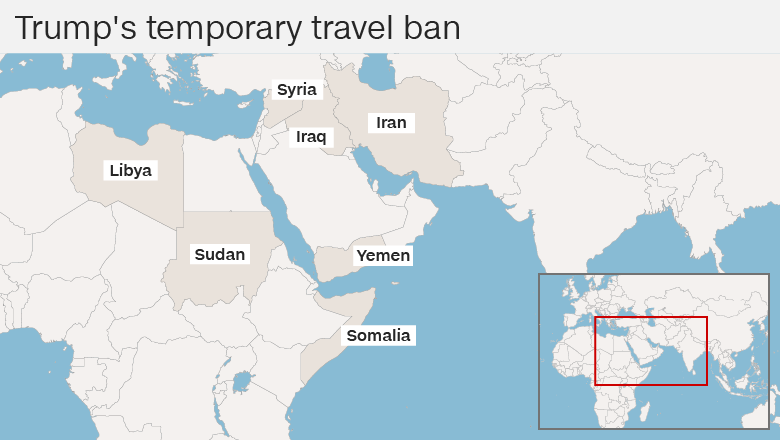 Do I support the ban? No. There are two reasons why.

1) The president should not have the authority to decide who enters and who leaves the country. That power should be left to Congress, but for a long time, Congress has been ceding its power to the Executive branch. For those who don’t remember second grade civics:
1) the Legislative branch writes the laws.
2) The Executive branch enforces the laws.
3) The Judicial determine if the law is legal or not.

2) I think what he did was heavy handed. Should we let people in who are targets of genocide? Absolutely. I consider that one of the best things about the US — our compassion to help those in need. The President has said that people of religious minorities will be processed first, and that’s fine; however, something just doesn’t sit right with on this whole topic. I don’t know what it is.

Now, am I going to go protest this? No, I think the Judicial branch will be able to handle it. However, I would like to see the Legislative branch handle it instead, but that’s how it goes sometimes.

Tweet
This entry was posted in Politics and tagged Trump. Bookmark the permalink.

This site uses Akismet to reduce spam. Learn how your comment data is processed.